What makes joints pop and crack and is it a sign of disease? 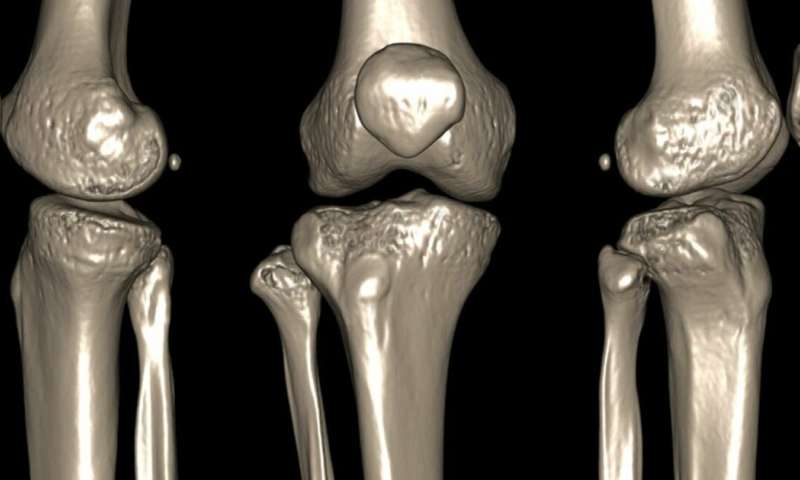 Joints emit a variety of noises, including popping, snapping, catching, clicking, grinding, grating and clunking. The technical term for these noises is “crepitus”, from the Latin “to rattle”. People of all ages can experience crepitus, although it becomes more common with old age. So what causes crepitus?

Air bubbles forming in the joint spaces are the most common cause of popping noises. This noise occurs at joints where there is a layer of fluid separating the two bones. Joints can be forced apart through natural everyday movements, or deliberately, such as at the hands of an osteopath. When this happens, the low pressure in the joint space causes gases within the synovial fluid (a natural lubricant in the joint) to form a gas cavity, which comprises oxygen, nitrogen and carbon dioxide.

The noises this makes can be alarming, especially if your joints rarely make them, but they are seldom a sign that something is wrong.

Historically, there has been lots of debate about how this air bubble causes the popping noise. A study undertaken in 1947 was the first time anatomists attempted to understand it. They concluded that the bubbles were formed after a cracking noise was produced. But a subsequent study claimed that the noise actually resulted from the bubble bursting.

The scientific conflict produced much debate and was not resolved until a 2015 real-time medical imaging study of joint spaces proved that it is the formation of the bubble that creates the noise. It then takes a while for the gases to re-accumulate – which is why you cannot immediately crack your knees or knuckles again. 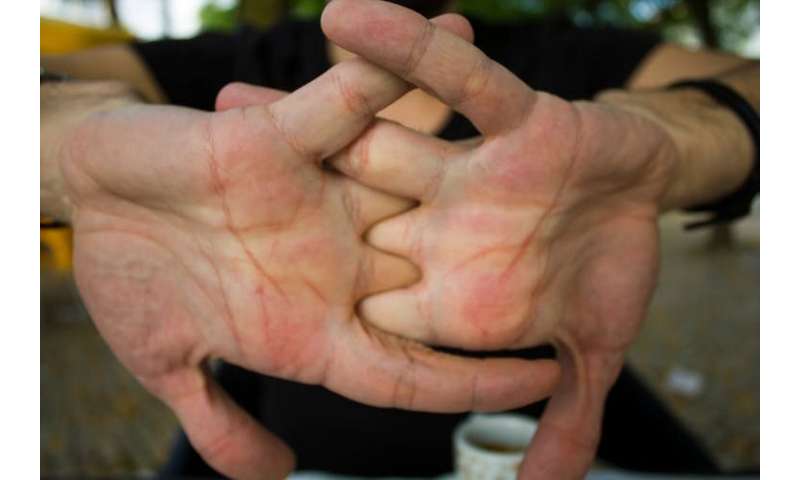 Those with joint hypermobility, the ability to extend joints outside the normal range of movement, often experience crepitus. This is because their joints can easily stretch further apart, allowing an air cavity to form. Joint hypermobility (which is different from joint hypermobility syndrome) is very common and affects 10-20% of people. Hypermobility is hereditary, which is why clicking joints may run in families.

You will probably have heard in childhood that if you crack your joints, you will give yourself arthritis. Several studies have shown that this is not true. One researcher was so dedicated to seeing if joint popping caused arthritis that he cracked his knuckles on one hand for 60 years. Subsequent imaging demonstrated that neither hand showed any sign of joint disease.

Sometimes, there is an anatomical cause for the noise. This happens when tendons (tissue structures that connect muscles to bone) are moved over bony protrusions, and then quickly snap back into place. This noise is commonly heard in the knee when moving from a seated to a standing position, or when climbing the stairs as the tendons that cross the knee move over the joint. This increasingly occurs with ageing, as our muscles lose elasticity and decrease in size and strength. At the same time, changes occur in their tendons, which makes them stiffer. These changes contribute to the noises generated as these tissues come into contact with bone. These snapping sounds are mostly painless and not a cause for concern.

When there is cause for concern

At joint spaces, the surfaces of bones that rub together are covered by a layer of cartilage. Cartilage acts to soften the interactions between the two bones. But in joint diseases, such as osteoarthritis, the cartilage is worn away. This allows the bones to directly contact one another, resulting in an unpleasant, painful, grinding sensation and noise. Worldwide, osteoarthritis affects 50% of people over the age of 65. The pain from osteoarthritis can be managed with various treatments and needs to be investigated.