What makes people willing to sacrifice their own self-interest for another? 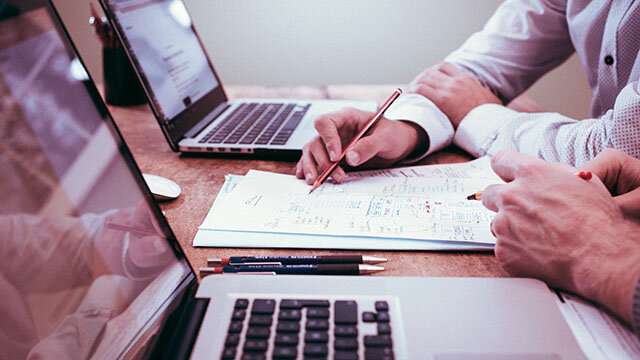 In a new Northwestern University study, researchers show that people are more willing to sacrifice for a collaborator than for someone working just as hard but working independently.

“This suggests we’re more likely to share our resources with others when we feel like our lives and work are interdependent with the lives and work of those other people,” said lead author Mary McGrath, assistant professor of political science in the Weinberg College of Arts and Sciences at Northwestern and faculty fellow with the University’s Institute for Policy Research. The effect appears to exist regardless of how much effort the partner puts in.

McGrath and co-author Alan Gerber of Yale University find evidence that this collaboration effect operates by creating a sense of indebtedness to the collaborator.

“When thinking about what might be driving the effect, my hunch was that this was driven by a sense of obligation to your collaborator, rather than just some general sense of goodwill—that people felt like they owed the collaborator something,” McGrath said. “I was surprised by how starkly that was supported when looking into it: Indebtedness really stood out from all the rest of the possibilities. Interestingly, collaboration even had a borderline negative effect on saying you were motivated by a desire to do something nice for your partner—in other words, there’s a slight indication that collaboration made you less likely to be motivated by a sense of goodwill toward the other person.”

Though an impulse to repay a collaborator may be pro-social in many scenarios, McGrath noted that giving preferential treatment to those who have contributed to your cause could have problematic implications for ethical behavior.

“A politician given a generous campaign contribution could feel an innate ‘moral’ compulsion to satisfy a debt owed to the donor, or a doctor receiving a research grant from a pharmaceutical company may feel a similar impulse to ‘give something back,'” McGrath said.

McGrath said that there’s been pioneering work in developmental and comparative psychology suggesting that collaboration in our evolutionary past may have played an important role in shaping an innately human sense of distributive justice—that is, what we consider to be a “fair” distribution of resources.

“Certainly, an impulse to repay a collaborator is a good thing in many scenarios—but giving preferential treatment contingent upon a contribution to your cause has some troubling implications in terms of ethical behavior,” McGrath said. “Taken together with the work suggesting that collaboration in our evolutionary past may be responsible for our developing a distinctly human sense of justice and fairness, we arrive at this surprising implication: the development of human morality and our vulnerability to corruption potentially springing from the same source.”