Why cheese may help control your blood sugar 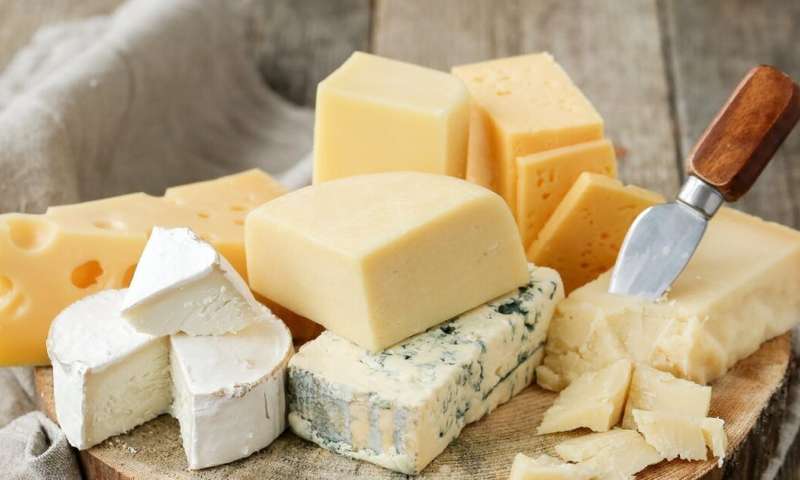 Mmmm, cheese – a food as nutritious as it is delicious. Or is it?

On the one hand, cheese is an excellent source of minerals like calcium and magnesium, vitamins A, B2 and B12, not to mention being a complete protein.

On the other hand, cheese is also a significant source of saturated fat and sodium in our diets. To lower saturated fat intake, consuming reduced-fat cheese is sometimes recommended to lower cardiovascular disease risk.

Paradoxically, however, there is now a growing body of evidence that people who eat lots of cheese do not have a higher risk of cardiovascular diseases, including Type 2 diabetes.

Our research team at the University of Alberta examined the impact of both reduced- and regular-fat cheese on insulin resistance in the bodies of pre-diabetic rats. We found that both types of cheese reduced insulin resistance, which is important to maintain normal blood sugars.

Why we used rats

Many of the studies previously conducted into the impact of cheese on cardiovascular disease (CVD) have been observational. In other words, researchers have studied the usual eating behaviour of large numbers of people, usually for years, and then correlated the amount of cheese (and other dairy foods) eaten with the development of CVD risks, such as high cholesterol or coronary artery disease.

These studies are very useful to establish trends associated with usual eating patterns but they can’t definitively say that a particular food causes or prevents a particular disease.

To understand causation better, studies that examine the effects of foods in a controlled setting are useful. These studies can be conducted in humans but there are limitations. Thus, studies in laboratory animals can also be useful, particularly in understanding biochemical mechanisms.

Insulin resistance is a condition that commonly develops with ageing and obesity, leading to high blood glucose, and risk factor of CVD and Type 2 diabetes.

Our objective was to compare how consuming reduced- versus regular-fat cheese affected insulin resistance, and to explore biochemical mechanisms that might explain any observed effects.

All the diets had the same total amount of fat, only the source of it varied (lard versus cheese). The rats ate these diets for eight more weeks.

The most interesting finding in our research was that both reduced- and regular-fat cheddar cheese reduced insulin resistance in the rats. This suggests that the beneficial effects of cheese might not be related to the amount of fat but to some other component, such as the protein or the calcium.

A few new studies in humans have appeared in the literature since we began our study. A group from Laval University and the University of Manitoba compared the effects of eating fats from different sources in men and women with abdominal obesity.

The researchers examined blood glucose and insulin levels (which are indirect indicators of insulin resistance) and found no effect from any of the fats. However, the blood samples were collected after fasting, so the information about blood sugar was incomplete.

Another study that compared reduced- to regular-fat cheese found no overall differences on LDL-cholesterol characteristics in people with cardiovascular disease risk factors, but did not examine blood sugar-related outcomes.

In our study, we also examined how metabolites in the blood changed after cheese feeding and found similar effects in reduced- and regular-fat cheese.

The changes are related to a specific type of molecule called phospholipids, which have many functions in the body. Interestingly, low-circulating phospholipids are linked with diabetes and insulin resistance in humans.

The rats fed on a lard diet had lower phospholipid levels. These were normalized in the rats that ate cheese.