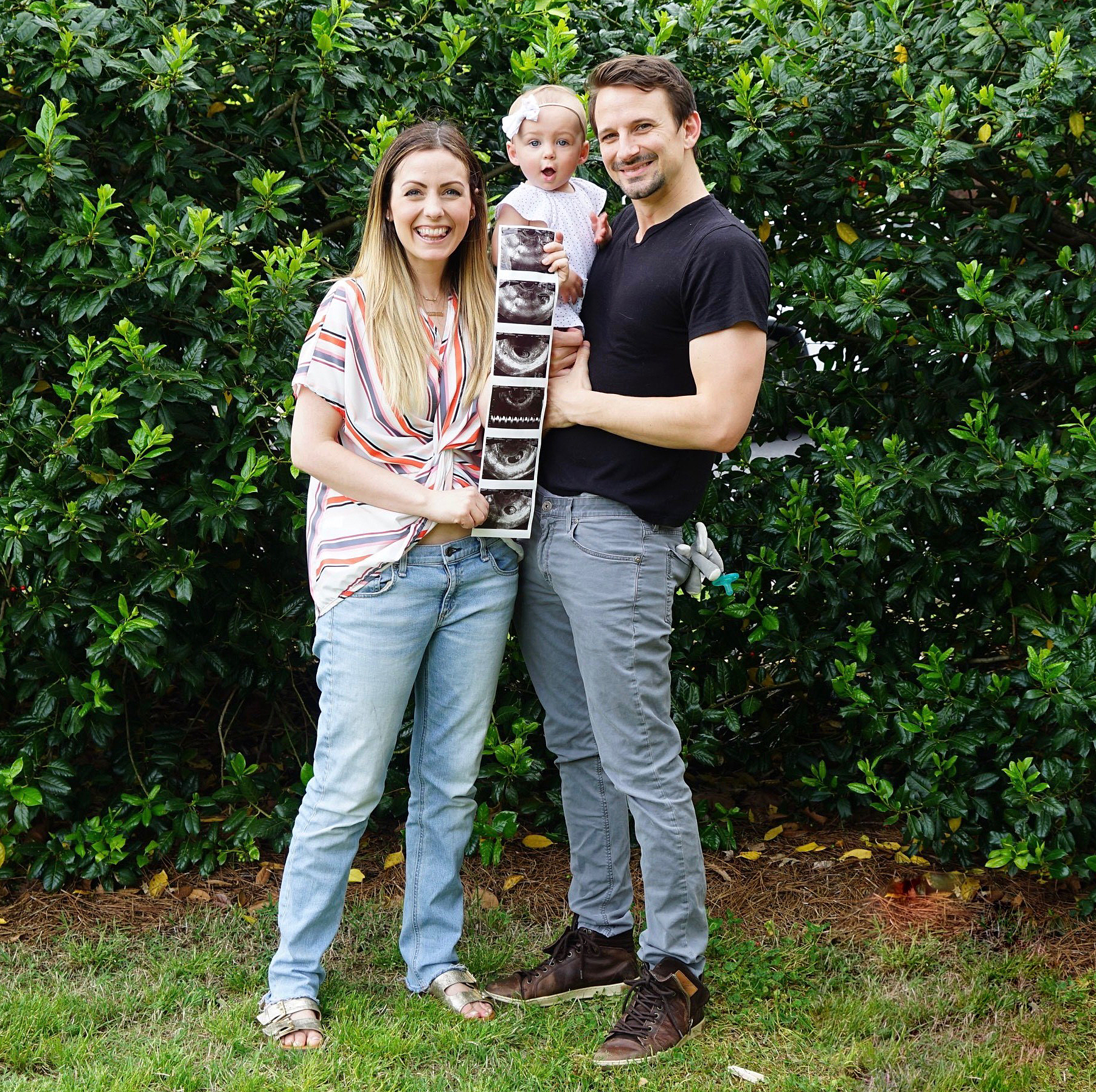 Adding another baby to the Bachelor brood! Carly Waddell is pregnant, expecting her second child with her husband, Evan Bass.

“Beer Belly, Bella Belly, BABY BELLY!!!” the Bachelor alum, 33, captioned her Thursday, May 9, Instagram announcement. “We so SO EXCITED to FINALLY announce Bella’s little brother or sister will be here in November!!! (If you wonder why I haven’t been on social media as much…well, this is why!)”

In the sweet spread of pics, the Bachelor in Paradise alums smiled at the camera with their 14-month-old daughter, Bella, standing between them. The Bachelorette alum lifted up his shirt with beer cans in his hand, while Waddell held up sonogram shots in a crop top. 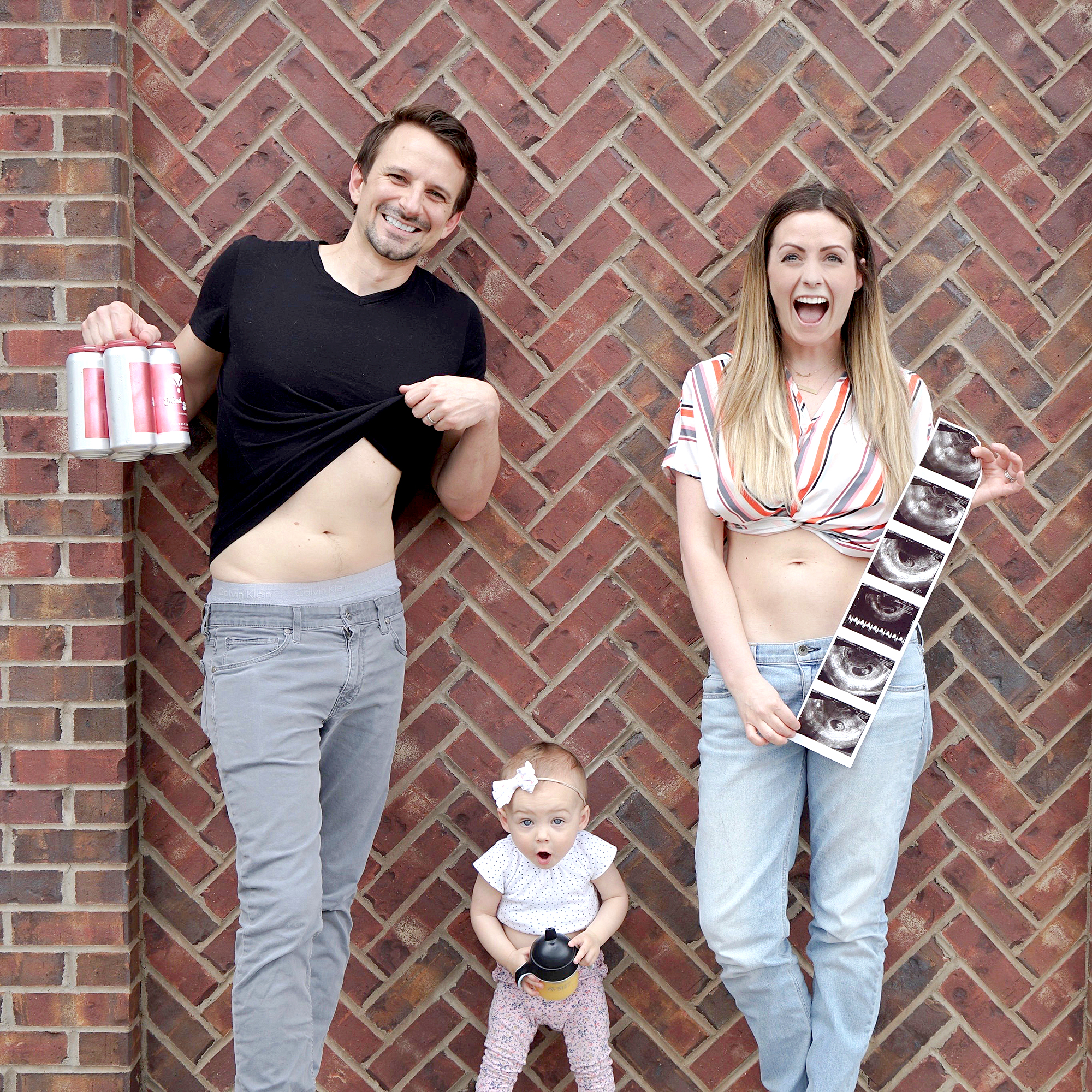 Bella’s polka-dot top was pulled up too. She held a sippy cup with a shocked expression on her face.

Bass, who has three sons from a previous relationship,  added in a post of his own: “Ok, so I think I finally figured out what’s causing all these babies. Baby number 473ish coming soon! (Im currently carefully curating this babies Instagram page to be released with ointment line in 2054.)”

The ABC personalities, who met and fell in love on season 3 of Bachelor in Paradise, tied the knot in 2017. They welcomed their daughter in February 2018 and told Us Weekly exclusively in March that they were trying to get pregnant again.

“We’re planning on trying to have another little one and getting pregnant this year,” the “Dream Train” singer told Us at the time. “I always tell Jade [Roper], ‘You go first, and I’ll go second.’”

Roper and her husband, Tanner Tolbert, are also expecting their second child after welcoming their 20-month-old daughter, Emerson, in 2017. The couple announced their baby news in January.