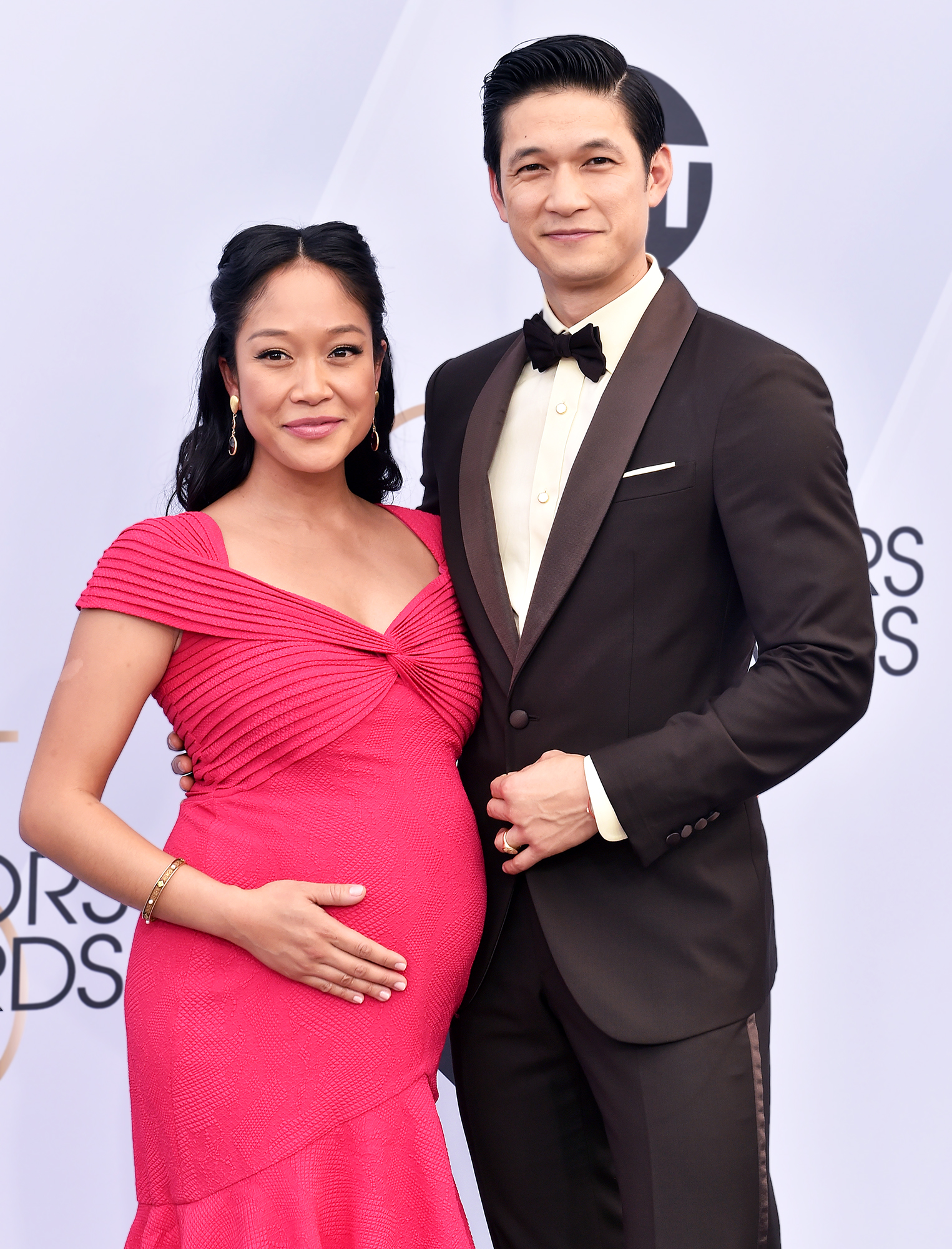 Baby Shum is here! Glee alum Harry Shum Jr. and his wife, Shelby Rabara, announced on Thursday, March 28, that they welcomed their first child together.

“Baby XIA,” the new dad, 36, captioned an Instagram post of his little one’s bare feet Opens a New Window. . Above the photo were the song lyrics, “How wonderful life is, now you’re in the world.” His wife, 35, reposted the upload with the caption, “My everythings.”

Shum announced the pregnancy via Instagram in November 2018. The Crazy Rich Asians actor cradled his wife’s baby bump in a pic while she looked surprised. He left the post captionless.

Rabara shared a series of photos from the same shoot on her own Instagram account at the time. In one shot, she held her belly, and in another, Shum joined her as they beamed with joy.

The Shadowhunters star reflected on the milestone as 2018 came to a close. “Hibernation is almost complete. Thank you for a year to remember,” he wrote on Instagram Opens a New Window. in December. “A phenomenal 12 months with experiences beyond my wildest dreams. Celebrating the end of year with natural confetti! Thanks for the memories 2018!”

He added in another post Opens a New Window. , in which he posed with the then-pregnant actress: “This was pretty cool too …”

Rabara celebrated the new year by dancing in an Instagram video Opens a New Window. . “Body rolling while pregnant, ladies,” she said while stroking her bump. She added in her caption: “#bodyrollingrollingwhilepregnantishard.”

The couple began dating in 2006. They announced their engagement in March 2014 after he popped the question during a Hawaiian vacation.