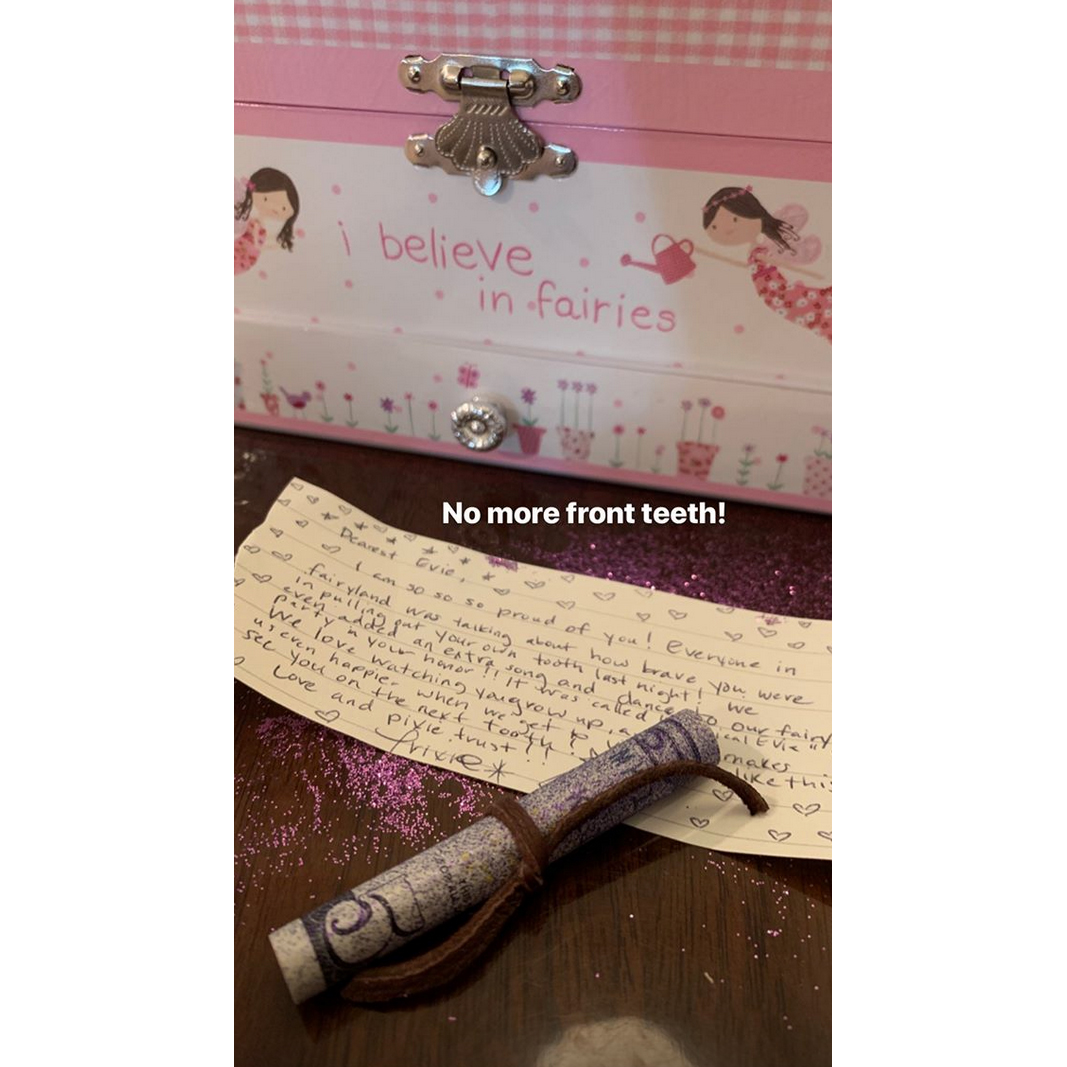 “No more front teeth,” the former World of Dance host, 38, captioned an Instagram Story upload of a five-dollar bill and note from the Tooth Fairy.

“Dearest Evie, I am so so so proud of you!” the letter read. “Everyone in fairyland was talking about how brave you were in pulling your own tooth out last night! We even added an extra song and dance to our fairy party in your honor! It was called Magical Evie. We love watching you grow up. … See you on the next tooth! Love and pixie trust, Trixie.”

The Supergirl alum and the actor, 39, welcomed their daughter in 2013 and have been coparenting the little one since their April 2018 split. 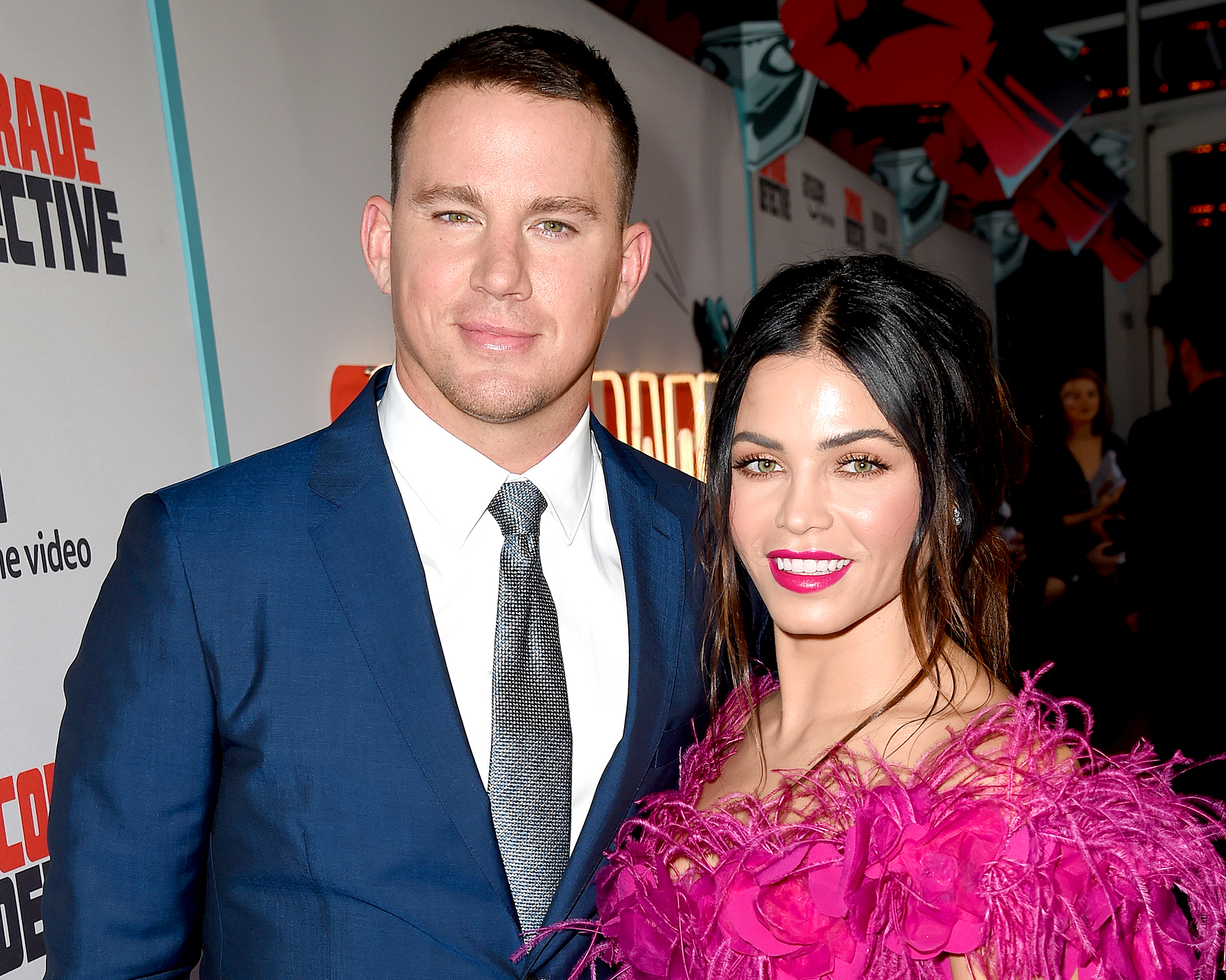 When the Magic Mike star moved out of the house he shared with the actress and rented another, he “decorated Everyl’s room very girly in a fairytale and fantasy theme (i.e. Alice in Wonderland), with pictures of Everly with both [Dewan] and [Tatum] on trips,” according to January court documents obtained by Us Weekly as Tatum sought joint custody. He also created an “outdoor art space at the house.”

The Alabama native said at the time: “In my opinion and experience, Everly has appeared to adjust to our separation and living in two homes exceptionally well. I believe that she will thrive even more with structure and consistency because she is happy and more relaxed when she knows a plan.”

Since their split, Tatum has moved on with singer Jessie J. Last month, the Grammy nominee, 31, revealed that she has met Everly. “[She’s] absolutely lovely,” the “Price Tag” singer said in an interview with The Times.

Dewan made her relationship with actor Steve Kazee Instagram official in April.