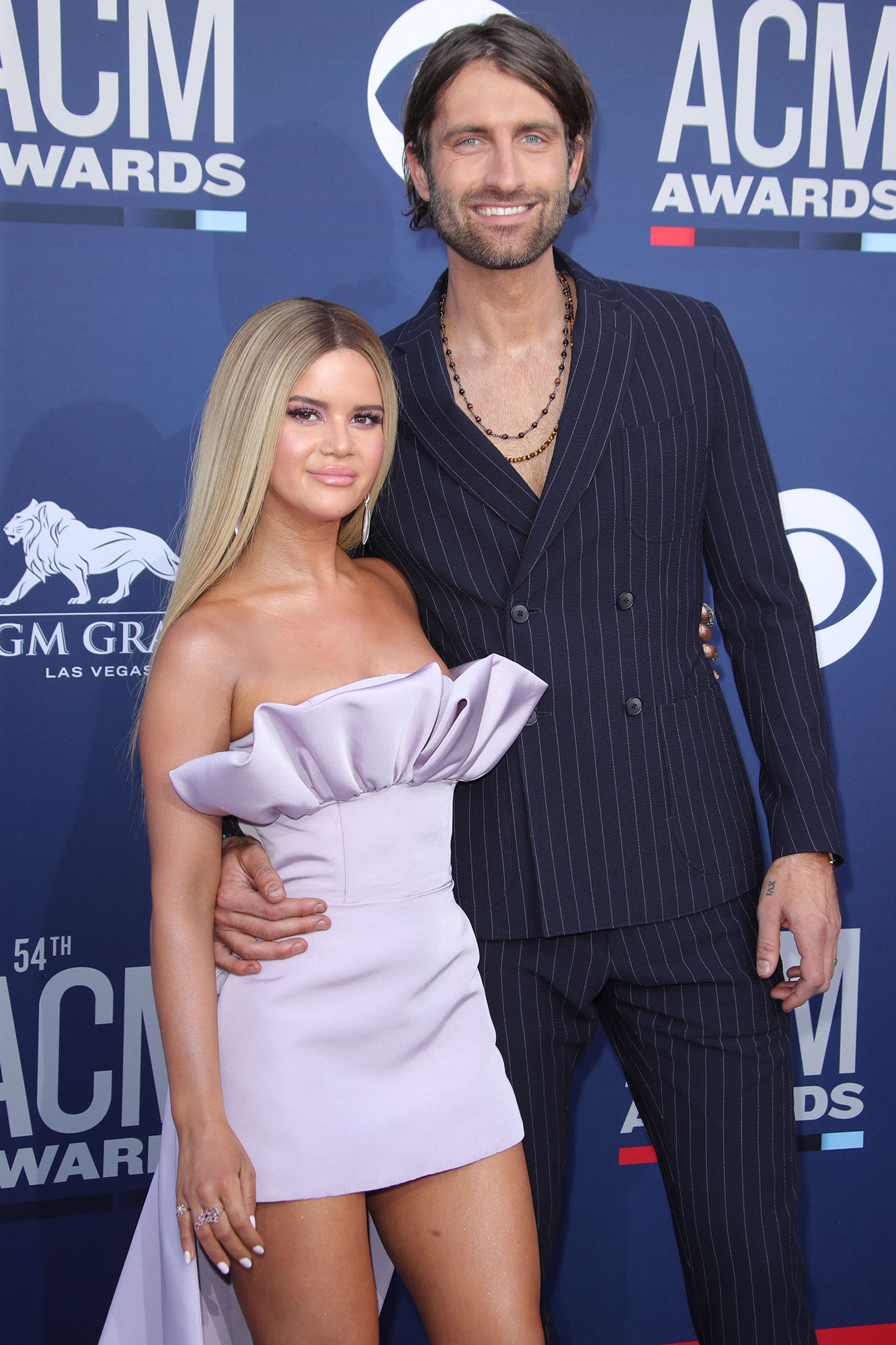 A baby on the way! Maren Morris is expecting her first child with husband Ryan Hurd.

“The irony is just too rich that after a year of living in the ‘GIRL’ headspace, the universe would give us a baby boy to even things out,” the 29-year-old country singer captioned a photo of her baby bump on Tuesday, October 22, via Instagram. “See you in 2020, little one. 👶🏻”

Hurd, 32, also shared the news via Instagram: “MY BOYS CAN SWIM. BABY BOY HURD 2020! Look at her…cannot believe this life with this girl. Also, thank you George Constanza for this caption that I’ve been sitting on my entire life…”

Morris and Hurd, 32, began dating in 2015 after meeting two years earlier when they cowrote “Last Turn Home” for Tim McGraw. They announced their engagement on Instagram in July 2017 and wed in a romantic ceremony held in Nashville, Tennessee, in March 2018. Attendees of their nuptials included fellow country star Cassadee Pope.

Before saying “I do,” the “My Church” singer opened up about an important step in her pre-wedding process: preparing her vows. “Writing vows, feeling sentimental AF and dreaming of this guy being my freaking husband in a few days,” she wrote at the time, captioning a black-and-white snap of the duo.

Hurd, meanwhile, dropped a track in Morris’ honor, called “Diamonds or Twine.” The love song includes heartfelt lyrics in the chorus: “Doesn’t matter if it’s diamonds or twine / I’ll be wrapped around your finger / Girl, you got me ‘til we run out of time / Rich or poor, rain or shine / The wind’s gonna blow wherever it goes / And the road is gonna wind / Doesn’t matter if it’s diamonds or twine / Forevermore, I’ll be yours and you’ll be mine.”

Speaking to Us Weekly exclusively in March, she opened up about how the couple has learned from Keith Urban and Nicole Kidman on what it takes to maintain a long-distance marriage.

“I’ve learned so much from Keith Urban and Nicole Kidman. They’ve got the two week rule; he’s got his kids out on the road. They just make it look so normal and it makes me and Ryan feel like this could be normal as well,” she told Us. “We do a pretty good job at constantly keeping in contact, lots of FaceTime. We have the same manager now, so she helps our calendars really coalesce well and that’s helped it a good bit.”

Not long after celebrating their anniversary, Morris clarified speculation that there was trouble in their marriage by dismissing rumors that the musical pair were in couple’s therapy.

“I’ve openly talked about therapy and so has my husband and blogs turn my quotes into ‘THEY’RE IN COUPLES COUNSELING.’ Which even if we were, it’d be beautiful,” she tweeted in May. “But it’s turned into complete clickbait BS and we’re like, the D List of celebs.”