“Happy to say that at 8:41 am on Monday September 23rd our beautiful daughter Lyra was born,” the actor, 50, wrote via Twitter on Sunday, September 29. “Thank you so much to Louise & all the brilliant midwives at both the Singleton and NeathPortTalbot hospitals. On behalf of Anna and myself thanks to everyone for your lovely messages of congratulations. It’s been a wonderful, bleary-eyed week full of love and kindness and extraordinary poo.  #NotReferringToMyself.”

In the photo, the Emmy nominee waited for an elevator while his daughter slept in a carrier. 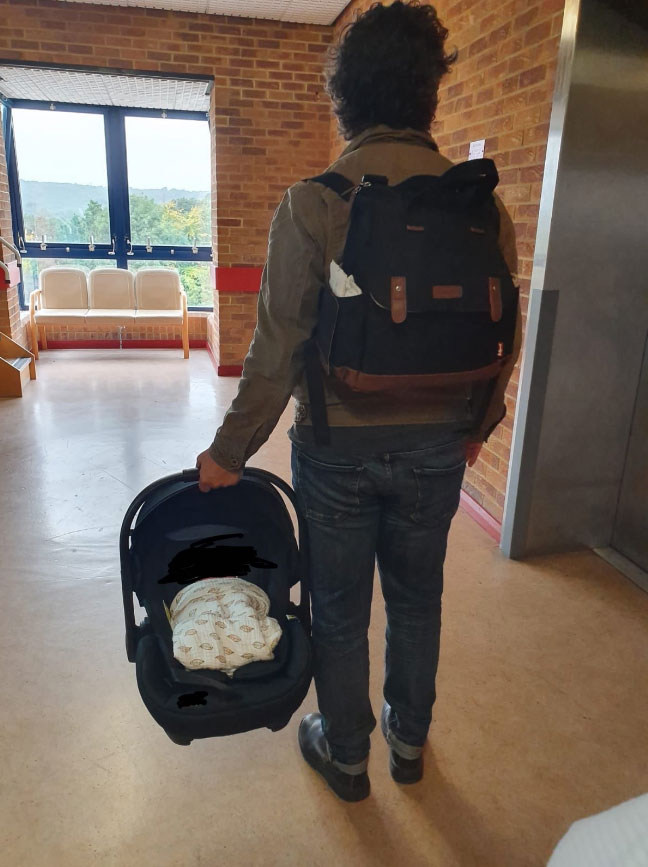 The Good Omens star announced in July that he and the Swedish actress, 25, had a little one on the way. Sheen is already father to his and Kate Beckinsale’s daughter, Lily Mo, who arrived in 1999.

“Very happy to let everyone know that my partner Anna and I are expecting a little angel of our own,” the Masters of Sex alum wrote on Twitter. “(Just to be clear – we’re having a baby!) #nottheantichrist.”

Earlier that same month, news broke that the English actor was in a relationship with Lundberg. The actress grew up in Helsingborg, Sweden, and studied acting at the London Academy of Music and Dramatic Art, the Guildford School of Acting in England and the American Academy of Dramatic Arts. She joined the NY Academy Company after her graduation.

The then-mom-to-be star opened up about her pregnancy journey on Instagram after Sheen’s announcement, writing, “My body is making massive changes, which takes some getting used to – but I’m as HAPPY and PROUD of all of them as I could be! This beautiful bump is growing bigger every day and it thrills me every time I feel an internal somersault, kick or tap. I’m more womanly grounded than ever (is that a thing? It is now.) And so unbelievably proud of what my body is currently doing — PRETTY MUCH ALL BY ITSELF!” 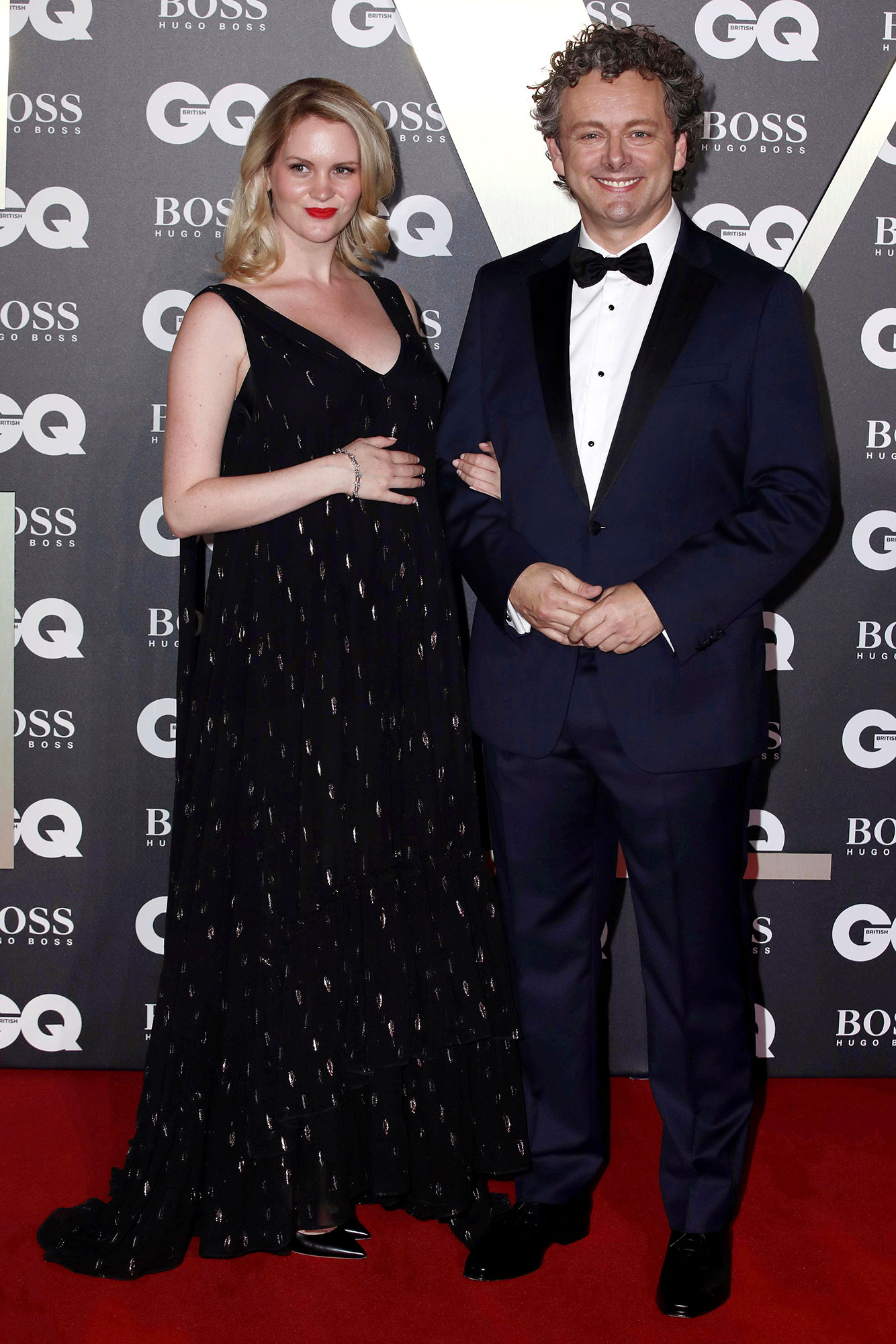 She added, “The universe has led me to where I am right now (with a bunch of active choices on me and my partner’s behalf, too, obviously) and I am truly excited, terrified, thrilled, comforted and completely in love with what’s ahead.”

Before he began dating Lundberg, Sheen was linked to his former Masters of Sex costar Aisling Bea. He also dated Sarah Silverman from 2014 to 2018.