Snooki Can’t Get Over How Much Her Kids Look Like Her and Jionni: Pics

The little meatballs are growing up — and looking just like Mom and Dad! Nicole “Snooki” Polizzi can’t get over how much her kids, Giovanna, 4, and Lorenzo, 6, resemble her and her husband, Jionni LaValle.

“I AM DONE. When my kids actually wanna dress nice and take pictures! Is this not me & Jionni?!” the pregnant Jersey Shore: Family Vacation star, 31, captioned a series of four pictures of her children on Instagram on Sunday, April 14. “Especially the last one.” (The fourth and final photo in the group shows her daughter trying to kiss her son while he attempts to push her away.) 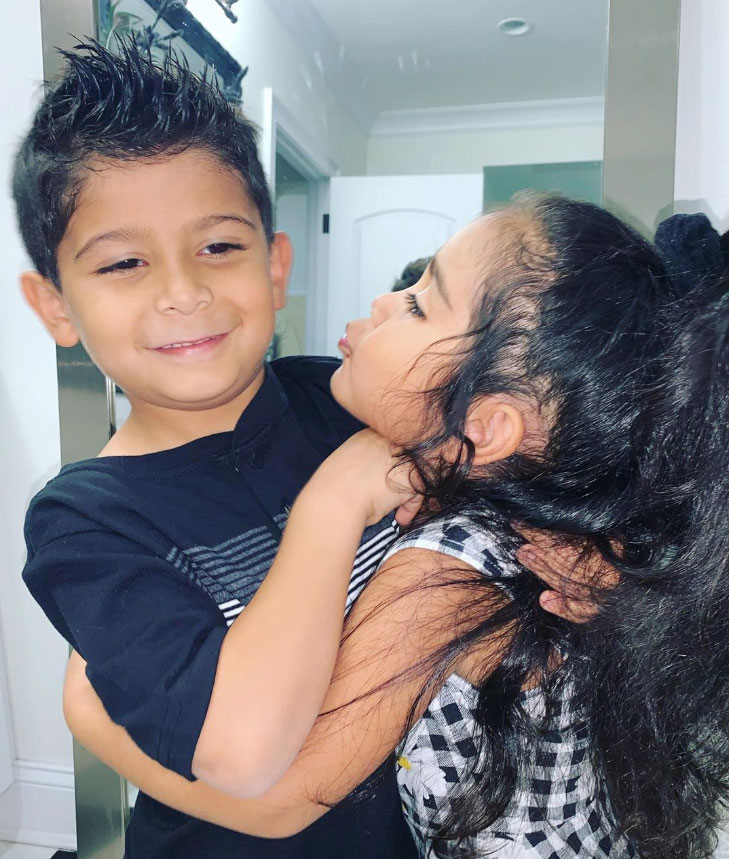 The MTV star ended her caption with emojis for a weary face and folded hands, along with the hashtag #IHavePassed.

Weeks prior to the post, the Jersey Shore alum informed fans that her youngest child broke her arm. “Yesterday was a mess for me,” she said on her March 6 Instagram Story. “This is my daughter’s X-ray. She fell off the bed on Saturday and I swore it was just bruised, but it still hurt yesterday, so I went to get her looked at. My poor baby! She broke that bone up there and she got a little chip. She should be fine in, like, four weeks, but what a sin. My poor baby.” 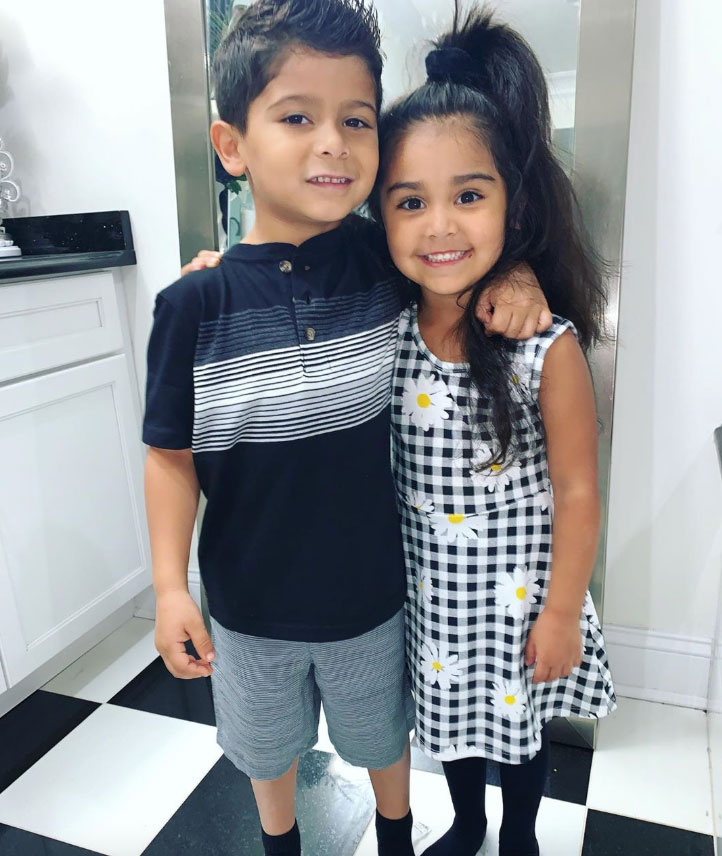 The Snooki Shop owner added in a separate Instagram: “She’s okay! All smiles and still the same sissy! Just has to take it easy.”

Snooki and LaValle, 32, are currently preparing for baby No. 3, a boy named Angelo. Polizzi shared the news of the little one’s chosen moniker via a sweet post of Giovanna kissing her baby bump. “BIG MAWMA,” she captioned the snap. “#almosttime #ANGELO.”

The Snooki & JWoww alum announced her pregnancy in November 2018. She later detailed her husband’s reaction to the news. “It’s the third kid,” she exclusively told Us Weekly at the time. “He was like, ‘Oh, s–t. Here we go.’”