What Your Kid's Clothes Say About You

You eat gender norms for breakfast 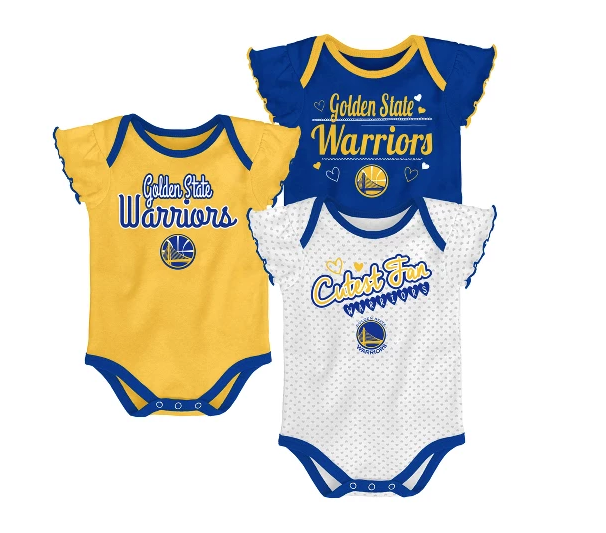 In spite of myself, I’m sort of excited about this existing, because it means I finally live in a world where we’re comfortable associating any gender baby with sports. Here’s the thing though, they still have a frilly, delicate, feminine version for girls and regular-ass t-shirt looking ones for boys. And the difference matters here, because on a boy, the message is clearly I’m raising a potential future Steph Curry. On a girl, it says, I’m a future avid basketball fan who will grow up to be bitterly disappointed when she finds out that professional women’s basketball players make less than most tax accountants. But, progress?

You use #blessed unironically 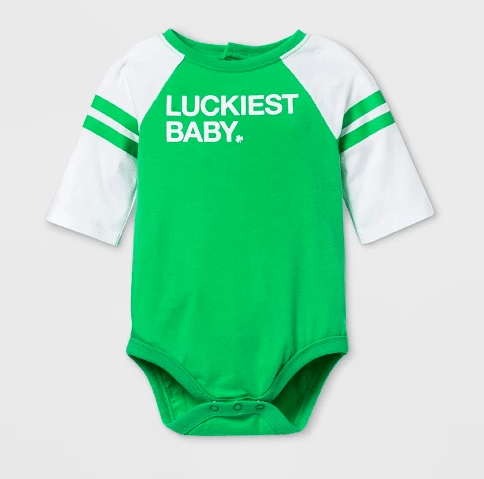 St. Paddy’s Day has passed, but it’s never too late to remind yourself and your not-quite-verbal baby to be grateful. Gratitude is all about perspective. Your baby is lucky to have you, and you just want a reminder that they know it, you know? Really helps parents get through those days when their little leprechaun screams every hour on the hour during the night before an early meeting. Or when they’re just trying to watch the latest season of GOT before the new season begins but baby is crying even though they’ve been fed and changed recently. I’m lucky. They’re lucky. We’re all the luckiest.

You should find a therapist sooner rather than later 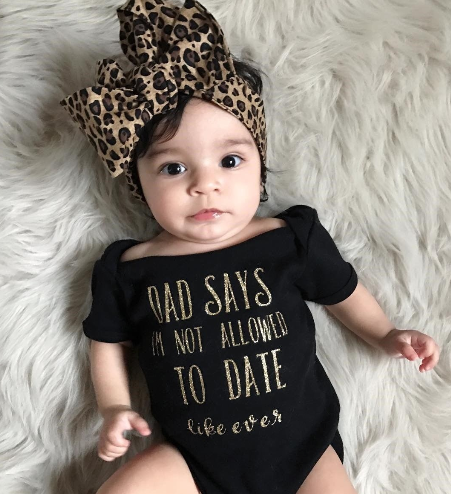 Not even sure I can sugar-coat this. This is part of the Daddy/Daughter/Future Partner Love Triangle genre and guys, it’s just wrong. It has layers of weird. First, Dad is very controlling already and baby just got to this Earth! Second, Dad is already giving a lot of thought to the future sex life of his child, which will one day become an autonomous, free-thinking person with their own wants and desires. (How uncomfortable! We must stop it!) Third, if its tongue-in-cheek, it implies a high level of chill around cliche jokes about paternal control of female bodies and actions. See also in this genre: Shirts that weirdly compare junior to his apparently very sexually attractive dad.

You wish you’d bought a car instead 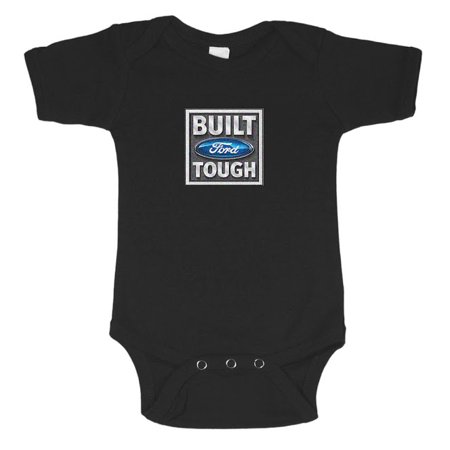 There’s really only one way to read this, which is that mined iron ore was forged to form cold-rolled blue steel. The material was then cut, and was welded together to make the shape of the baby. The engine was lowered in and mounted into place and wired with meticulous care. It was torqued to spec and sent down the production line, met with expert inspection and rolled off the lot, immediately depreciating in value. Assembled proudly in the Good Ole U.S. of A. 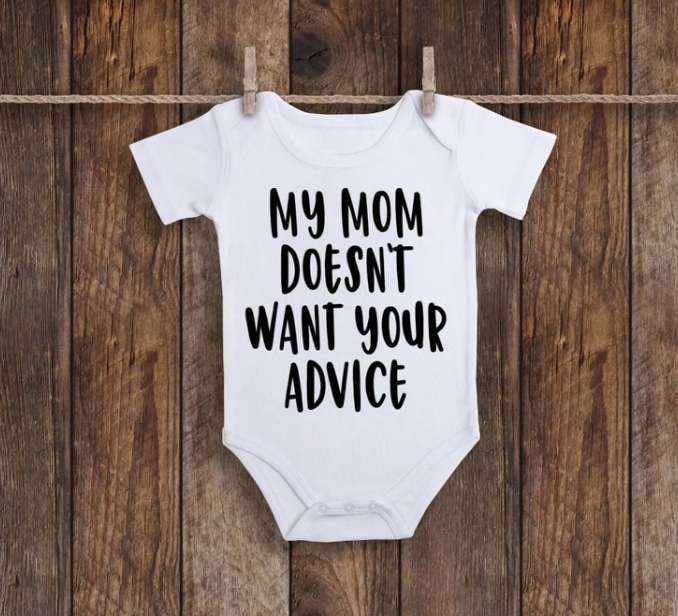 Look, everyone. Mom hasn’t slept more than three hours in a single spurt in months. Her boobs hurt, her vagina probably still hurts. Everyone on the street, in the Stop & Shop and in her extended family apparently has an opinion and is feeling compelled to share it. And she just, can’t. For the mom who is fed up and wishes to communicate that as clearly and directly as possible but also not on her own body for some reason, here you go.

Wow, you decided to be a parent for a minute 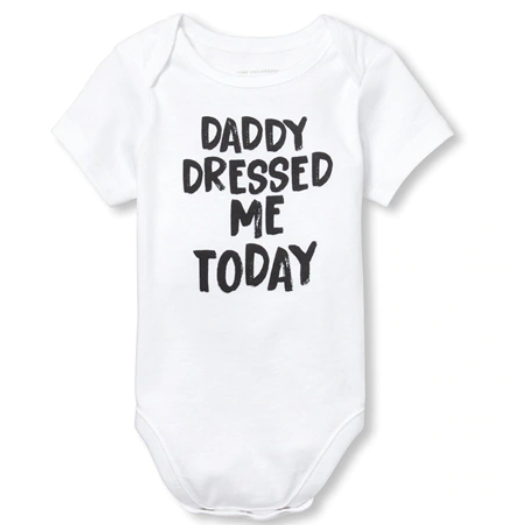 This item falls into the genre of My Dad Doesn’t Do Jack Squat, which is a vast, varied genre. The joke of this shirt is that Dad doesn’t usually dress baby, and when Dad does dress baby, he would like everyone to know about it and give him as much or more credit than Mom gets for doing much more invisible domestic and child-rearing labor on a daily basis. Isn’t the rampant gender imbalance and Moms Having it All so funny and charming?! I’m still waiting for the girl’s onesie that reads “I get 75% of the boob juice my baby brother gets.”

At least you didn’t reference sperm 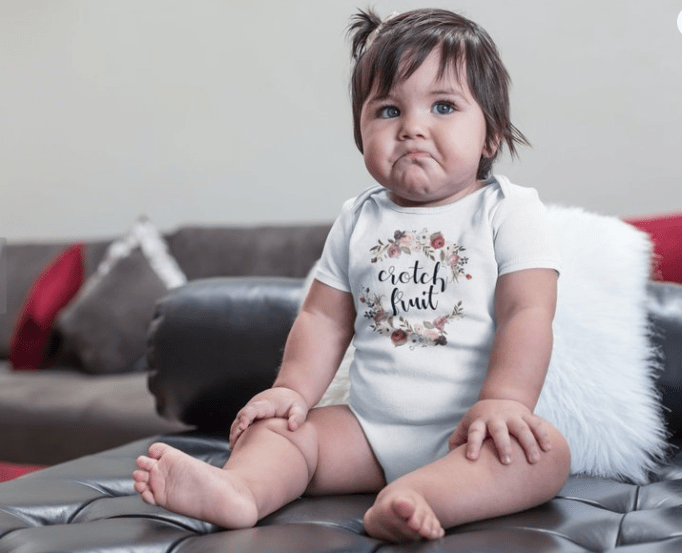 Y’all, just when I had lost hope for humanity reading really lame or utterly confusing kids t-shirt slogans, I came upon this gem and laughed out loud for five full minutes. I still chuckle when I think of it. This is ideal for the parent who wants to use innovative language to joke about giving birth. It takes the age-old phrase “Fruit of my Loins” and turns it on its head by using the word “crotch,” which is just patently weird and hilarious. Worthy to note that the related slogan “Daddy’s Fastest Swimmer”, which is boastfully making a masculinized contest out of the biological process of inception, fails where “crotch fruit” succeeds. It says, this kid used to be my ejaculate, and no one wants to think about your ejaculate, Steve.