Pregnant Jamie Otis and Doug Hehner’s sex life has taken a backseat in the last couple of months.

“Yep, still taking progesterone, but only for one more week,” the Bachelor alum, 33, captioned a Thursday, October 10, Instagram Story upload featuring a bottle of pills. “@doughehner and I haven’t had sex in TWO MONTHS. Partially bc this stuff is gross, partially bc we are kinda scared to.”

The Married at First Sight alum continued from behind the camera, saying, “200 milligrams vaginally, twice a day. Yay.” 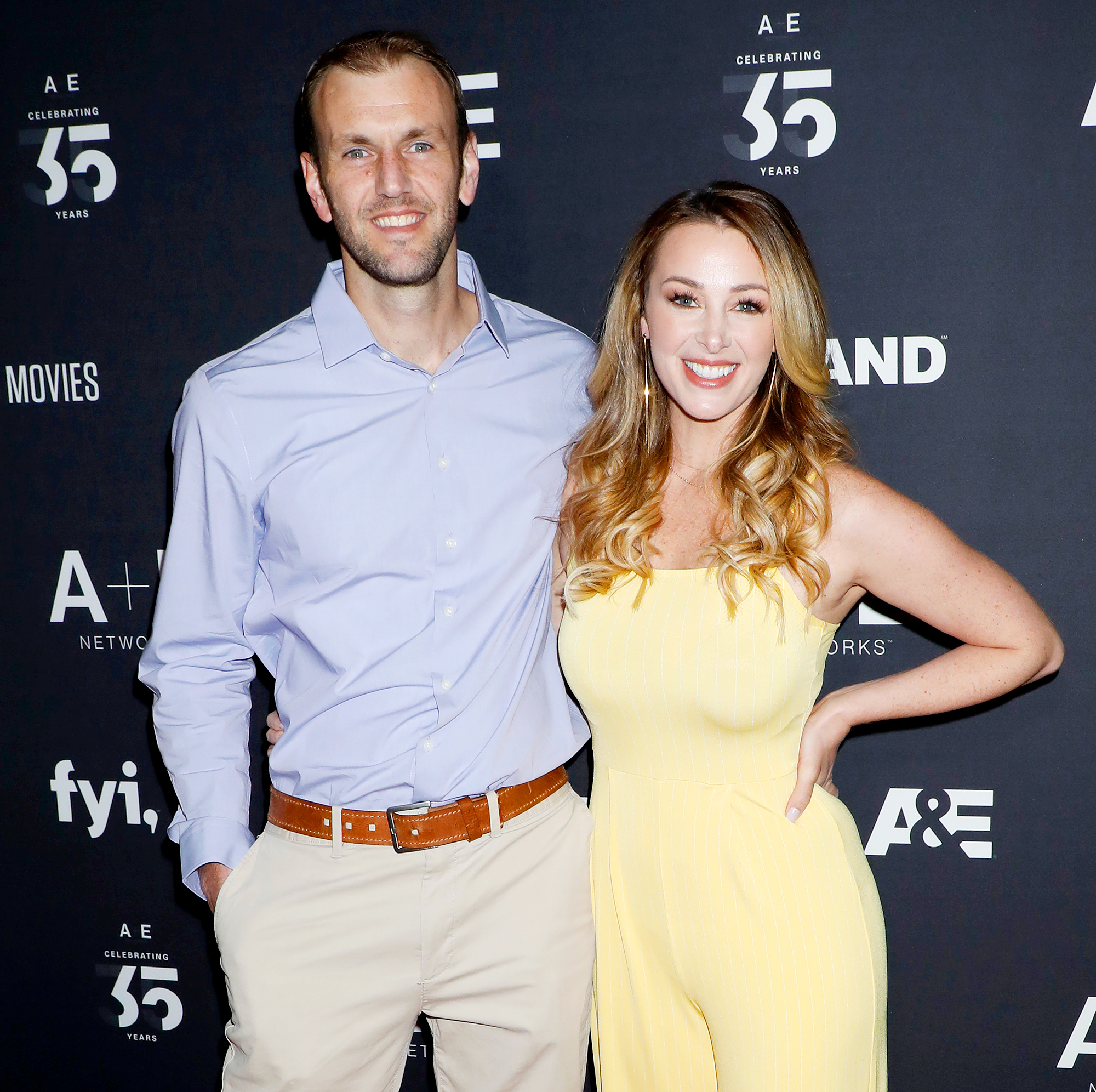 She and the New Jersey native, 35, announced in September that they are expecting their second child together after struggling to conceive. “We went to the fertility specialist and found out WE ARE PREGNANT,” Otis wrote on Instagram at the time. “I cannot even believe it! After 18 long, painful months, two losses and negative after negative on the pregnancy tests we are *finally* pregnant again!”

Her husband added with a post of his own: “WE ARE PREGNANT!! And by we, I mean Jamie. She’s doing all the work and she’s doing an amazing job. Love you.”

The couple, who met and fell in love on season 1 of MAFS, welcomed their 2-year-old daughter, Henley Grace, in 2017 after suffering a miscarriage. The New York native went on to lose two more pregnancies after Henley’s birth.

“I feel *SO* blessed to get to be a mommy again!” the Wifey 101 author captioned a Thursday Instagram post after detailing her morning sickness. “It’s taken 18 LONG, painful months to get this little babe growing inside me and every night I climb in bed with a goofy smile on my face. As I lay there I rub my belly — even though it’s really not that big yet — and try to bond with the little one growing inside me.”

She explained, “I didn’t allow myself to do that a lot with Gracie early on bc I was too scared to get attached and then lose my baby again. It’s my only regret during my pregnancy with her. I will not make that mistake this time.”

Back in March, when she and Hehner were trying to get pregnant, the pair told Us Weekly exclusively about making sure their sex life didn’t become “scientific.” Otis told Us, “It’s really funny. Sometimes I’ll be like, ‘OK, this is the day, peak fertility!’ and he’ll be like, ‘Oh, you’re going to have to woo me.’ I think that’s romantic in and of itself.”